Space Knight Eldrus for the Toys Are Us Group Show 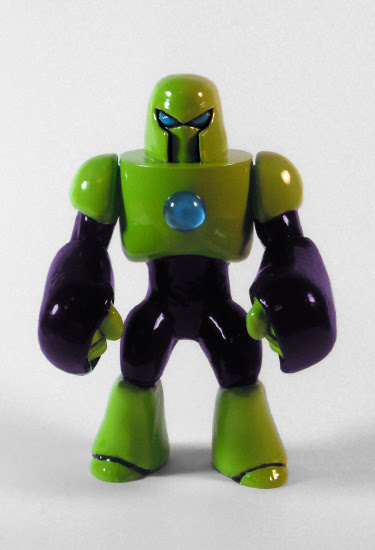 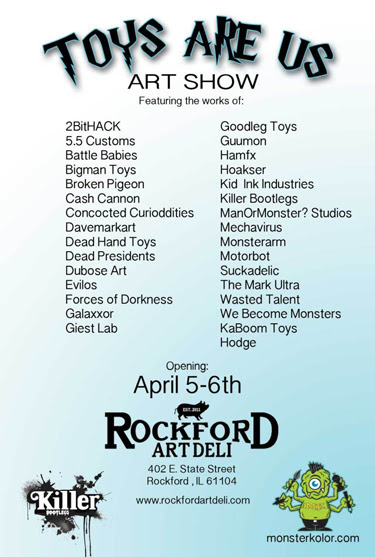 I was very excited to be given the opportunity to participate in the upcoming Toys Are Us group art show at the Rockford Art Deli. Curated by the good people at Killer Bootlegs and Monster Kolor, this show features many of my heroes, friends and favorite artists. The opening reception will be April 5th from 5-10pm and April 6th from 3-10pm, and the show will remain up until May 8th. The Rockford art Deli is located at 402 E. State Street Rockford, IL. 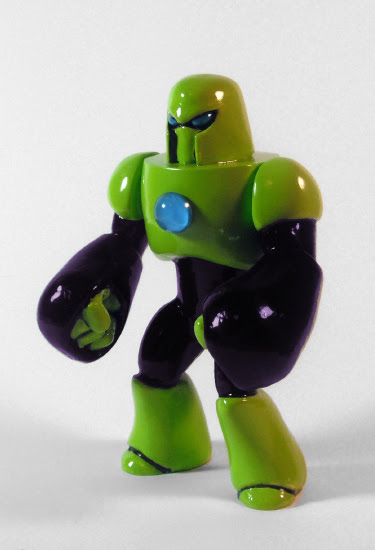 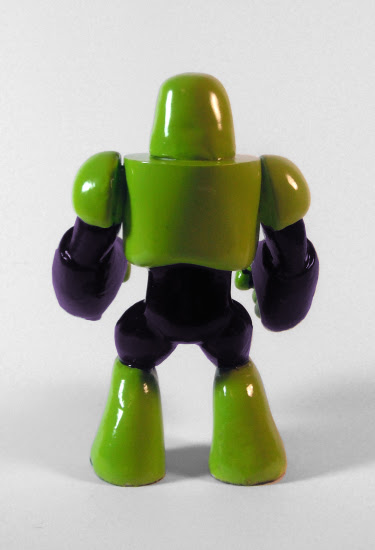 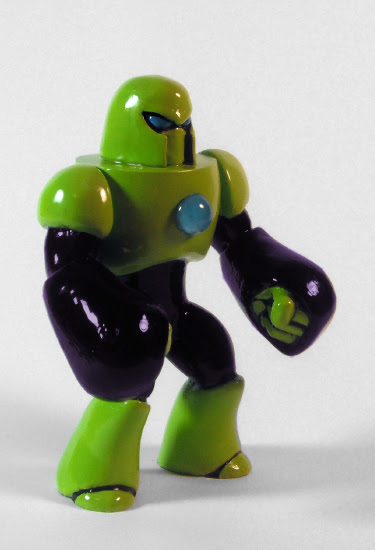 For my contribution to Toys Are Us, I created a 1/1 figure called Space Knight Eldrus. If the Space Knight look goes over well, I might think about revisiting this build, but will not be doing a Space Knight in this colorway (which came out particularly well, if I do say so, myself) ever again.
Can't make the show, yet also can't live without Eldrus? No problem. All of the pieces from the show are also going to be available in the Rockford Art Deli Online Store.

Hippos and Titans and Soldiers and Men and Monsters and Astronauts (Oh My!) 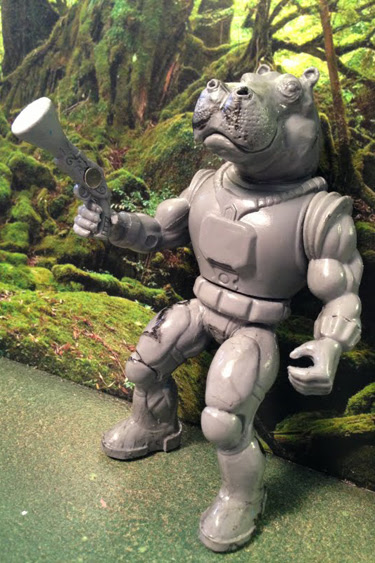 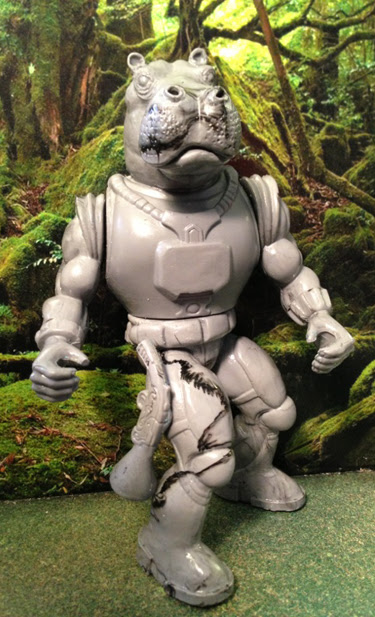 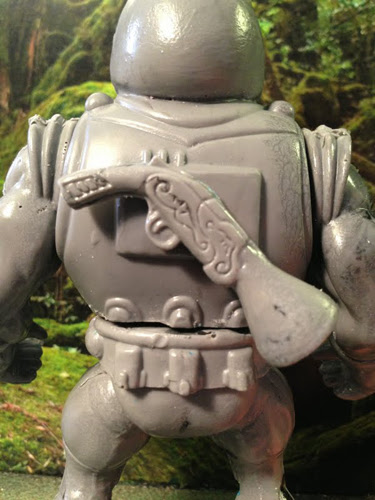 Additionally, Hippo Titan Toldier will include a blunderbuss accessory, which will be able to be magnetically stored on either his thigh or back. These are in the works now, and I am going to TRY to get a small batch done for C2E2 at the end of April. I have quite a few exciting projects for C2E2, including the Infection Galaxxor collab with The Godbeast and Onell design, Lucha Shark Rudo Rey Mar, a Shawnimals collab Galaxxor, as well as a Skinner General Gorgax! So yeah, I'm busy. I will,at the very least, premiere a painted sample of the first HTS figure at C2E2. We'll just have to see...
It's also worth noting that this design and concept owes a great deal of debt to the Giff from the currently inactive Spelljammer D&D campaign setting.  Anyone who's the least bit interested is wholeheartedly advised to check Spelljammer out! 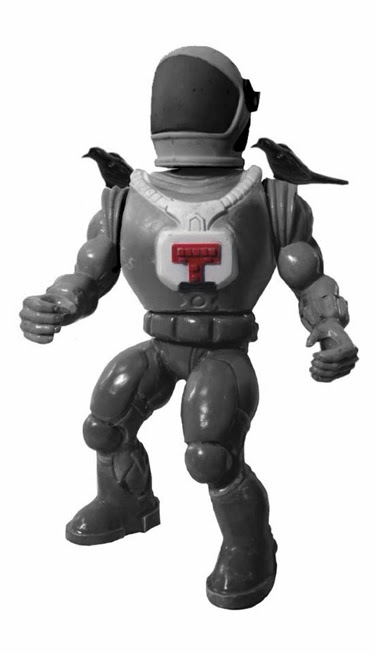 I had posted about this before, but one of the coolest projects in the world right now is the Mini Comics Included Kickstarter by my friends Michael Moreci, Steve Seeley, and Tim Seeley!  One of the incentives for the project was a super exclusive Galaxxor, which sold out immediately. But fear not! New incentives have been added, including this super cool Murder figure (from Hoax Hunters) which just happens to feature some Hippo Titan soldier parts sculpted by yours truly, along with other parts by ManorMonster Studios! 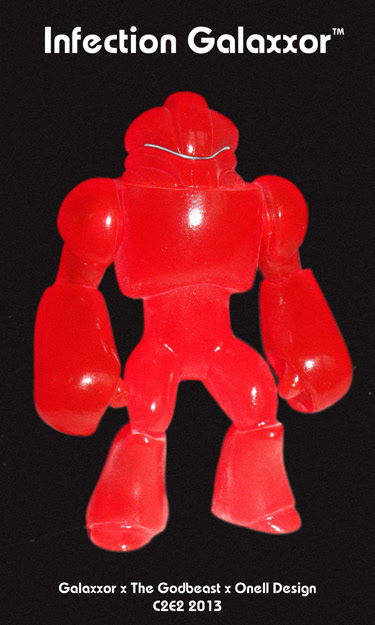 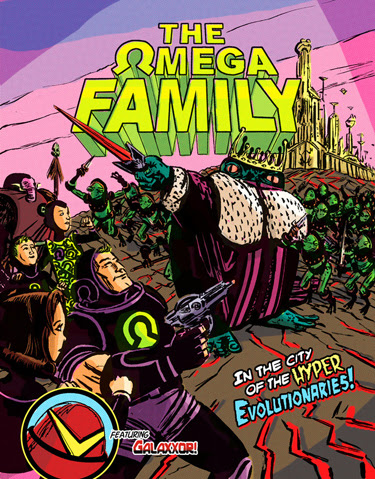 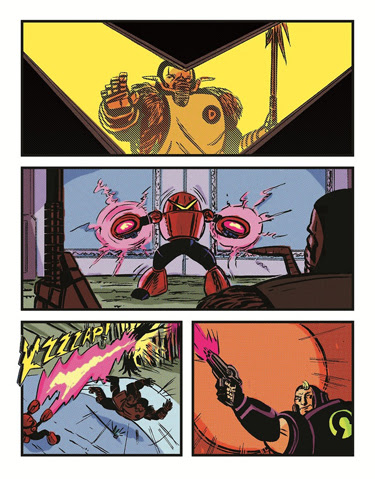 ....and check THIS out! Galaxxor 007, himself, will make a glorious sequential art appearance in The Omega Family! How cool is that?

...AND this suuuuper limited edition Galaxxor (Only three!) is available as a backer incentive! What you're seeing here is a digital mockup, but the figure will be pretty much exactly like the 007, except in a glittery white and royal blue colorway. So, here's your chance to fund a really great project, get your hands on some awesome mini comics, and score one of the rarest Galaxxor figures ever made!
So, do the right thing. Head over to Kickstarter and support Mini Comics Included! right now.
Posted by Ben at 9:55:00 AM No comments: