Zartep the Despoiler Unleashes the Power of the Omega Matrix 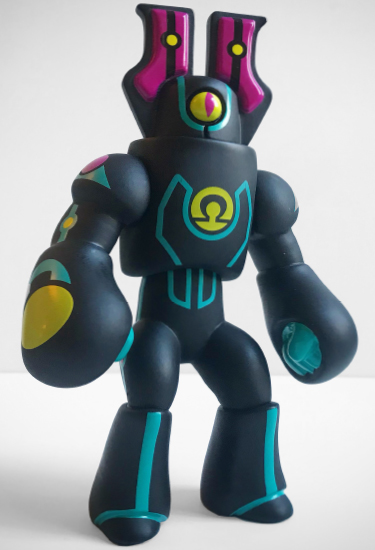 In the Grand Hall of the Central Pyramid of the Obsidian Desert of Duat, Zartep the Despoiler sat upon a throne of ripping blue energy as he eyed The Omega Matrix. At the center of the hall, the ancient artifact sat, crackling and undulating with sparks of black cosmic energy. Swarms of Petraz Pattern Crayboth guided Zarteps followers towards the Omega Matrix. One at a time, each of the members of the Scarabite Legion were brought before the artifact. As its energies focused upon each follower, the crackling black energy engulfed them, violently mutating them into a darker, more twisted version of their previous selves. 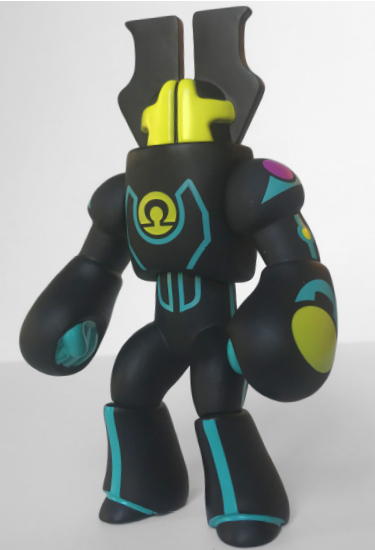 A holographic projection of the Space Wizard Abrax materialized before Zartep's throne and assumed a kneeling position.

Reconstruction of Cerebus continues as planned, my lord. And The Volodyan Choir continue to perform the ceremony to generate the portal for your legion's arrival.

Zartep nodded in acknowledgement and rose to his feet.

Excellent. The fool Gorgax will be caught completely unaware...

Reaching his massive gauntleted fist outwards, Zartep placed his hand directly upon The Omega Matrix. The cavernous great hall began to distort with violent cosmic pops and spasms, expanding and contracting in an unsteady arcane rhythm. With his cyclopic eye fixed upon the artifact, Zartep slowly pressed his fingers into The Omega Matrix, causing the hall to overflow with crackling black energy, cosmic discord and the squealing sound of grinding metal.

A hideously transformed Zartep began to make his way towards the exit of the pyramid, his newly transformed followers following behind him in formation. 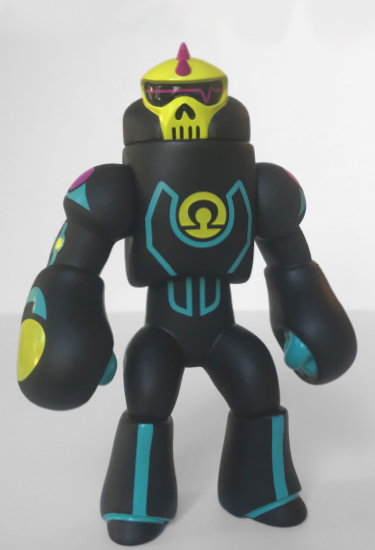 A swirling portal had formed in the distance and Zartep the Despolier lead his newly mutated Scarabite Legion towards it. The glass like surface of the only desert around them began to crack and shatter. And ghastly skull faced legionaries clawed their way through the planer's surface, falling into formation alongside the legion.
But in the distance, a figure of pure blackness appeared... 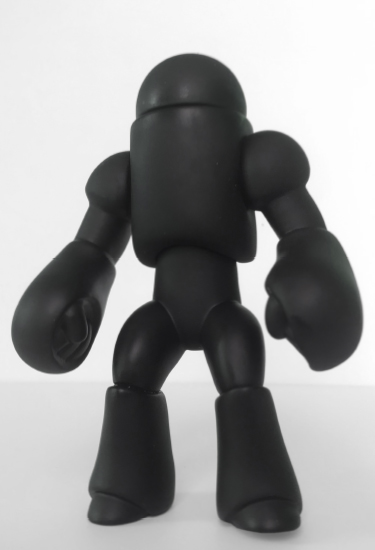 I'm extremely excited to announce a new production vinyl Galaxxor drop this Wednesday 11.11.20 at 8pm Central in the Galaxxor online store. This one is particularly exciting, as it involves a fan favorite character, Zartep, in a new Reverse Scarabite color way. Zartep's alt head is the premier fully painted release of the Samedian Trooper skull head (digitally sculpted by the mighty BigManToys!). This figure will include both heads, will come in bag and header packaging, and will be $40 each.

But wait, there's more! People have most certainly been asking for another DIY release of the base Galaxxor figure, and I always liked the way that he looks in solid matte black, so we're also going to also be releasing a run of Void Projection Galaxxors. Ideal for you customizers out there or those of you who just want to display the Galaxxor shape as a simple sculptural piece. They will be $30 each.

Bit props go out to my main man Cappyspace. This particular drop is a collaborative with him. Cappy will be unleashing his own offerings at the same time as my drop in his online shop and I think you'll be pleasantly surprised if you're a fan of color coordination. Please be sure to swing by his shop as well! 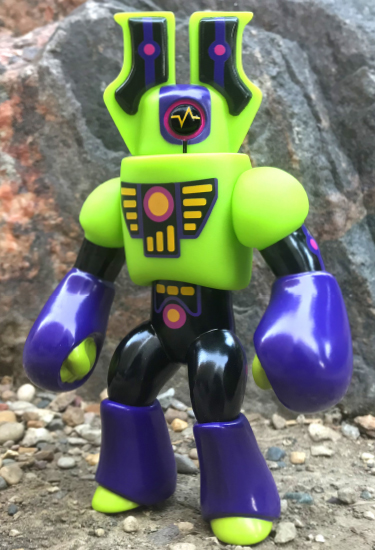 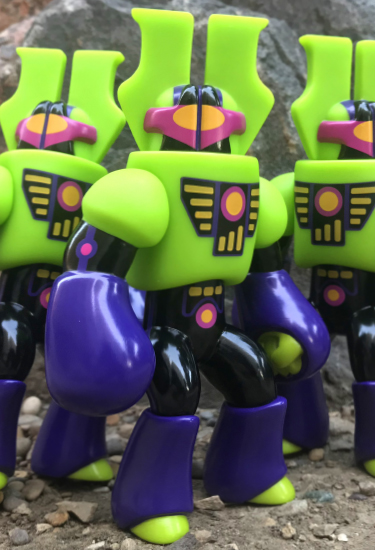 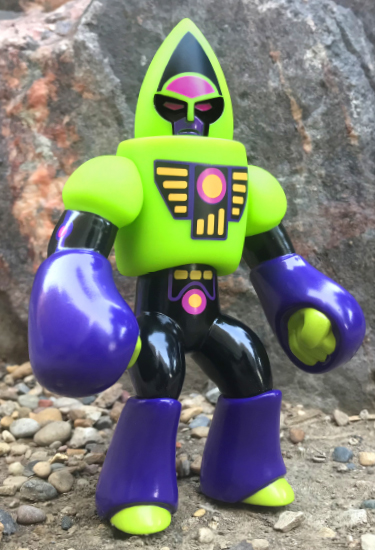 Abrax The Void Stalker/Skypanzer Xwill be available for purchase on 10.15.19 at 8pm Central from galaxxor.com. As with the other Glyos-compatible Galaxxor vinyl figures, Abrax The Void Stalker/Skypanzer X will come with both the Space Wizard (double sided) and the Zyldrani Seer head, for a total of three  display/character options. They will be $35 each.
Posted by Ben at 7:43:00 AM No comments: 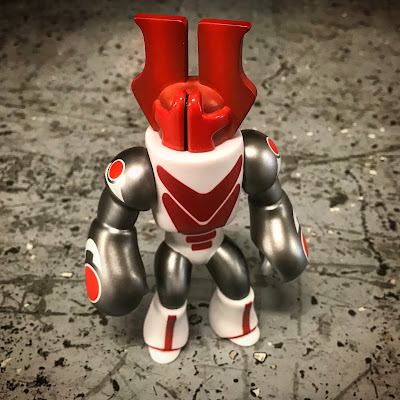 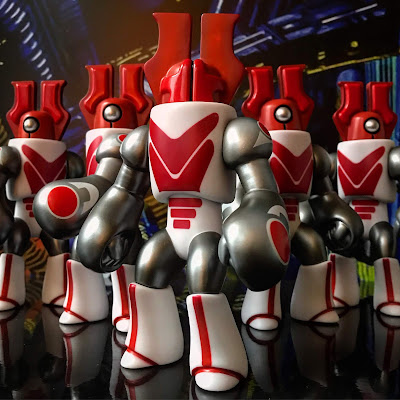 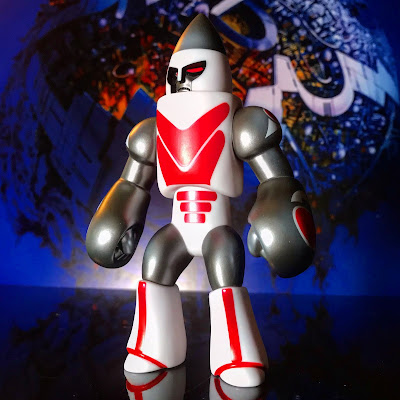 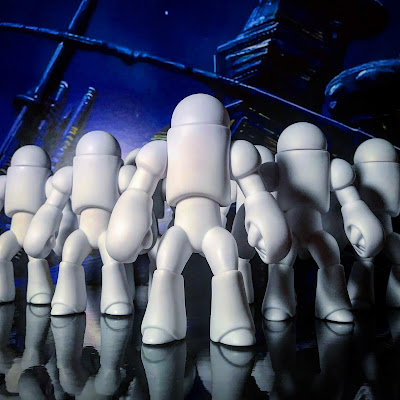