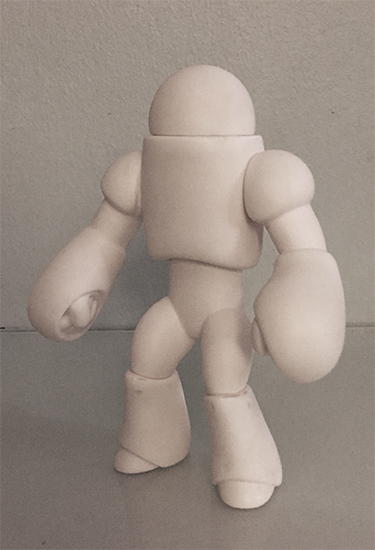 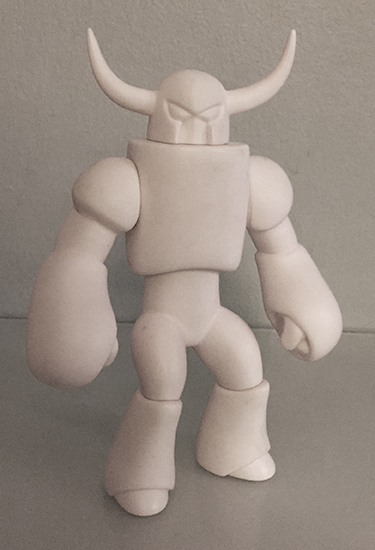 One of my good friends from grade school through high school, who I still actually stay in touch with is Matt Denning. Early one Saturday morning, a few months ago, while I was out of town, I rolled over to check my phone and see what time it was. I noticed that I had gotten a text from Matt, saying, "I'm heading to China in a couple of weeks, and I'm taking Galaxxor with me."
Rolling back over and drifting off to sleep, I wondered to myself why Matt was going to China. I was also pretty sure that Mr. Denning doesn't own any Galaxxors. That's when I realized that the text wasn't from Matt Denning, but, in fact, Matt Doughty!
I've been making Galaxxors, with the help of my good friend Marty "The Godbeast" Hansen, for over 5 years, now. Transitioning to a vinyl figure has been the plan from day one. Having been a long time admirer of Onell Design and the Glyos System, it soon became obvious that the best way to bring old Galaxxor to life in production vinyl would be through the Glyos factory in Hong Kong. As the years went on, I developed a friendship with Matt from Onell, and the prospect of a Glyos vinyl production Galaxxor eventually became a reality. In the Fall of 2015, the process began.
The amount of support and guidance that Matt and Marty have given me with this phase of the Galaxxor project is beyond value. There is absolutely no way that I would have been able to do this without their wisdom. There is a great deal of their design expertise in this production figure.
Seriously, those guys deserve some sort of an award, or something, for putting up with me and all of my changes. Ha!
Pictured above are what are called "Mold Masters". They are pre-production vinyl prototypes from which the steel molds for full production vinyl figures get made. Vinyl Galaxxor will be a full sized 5.5" figure with articulation at the head, arms and waist(below the chest). Each figure will include both the dome and the Cyborg space Barbarian head. All pieces will be compatible with other Glyos System vinyl.
I'm currently making a couple of minor adjustments (which have pushed back the official release date a bit), but these images are fairly indicative of what the final production figures will look like. The plan for now is to release these in waves, with various paint decos, and eventually diy editions.
Fingers crossed, super limited edition test shots and the first wave of releases should be popping up in the early months of 2016.
In one sense, it has been quite a journey to get to this point, but in another, the journey is really just about to begin. Thanks to everyone who has supported me, up to this point. I can't wait for you to see what I have in store!
Speaking of "in store". I've still got a couple of leftovers from Designercon up in my online shop. These are probably the last resin Galaxxors. So, jump on them if you still want one.