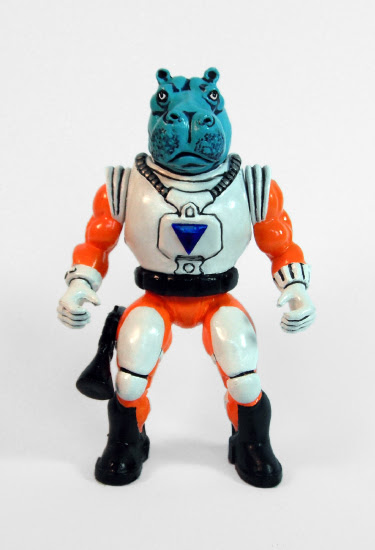 From the planet Kabagiff, in the solar system that revolves around the blue star Anubis 5, comes Sgt. Krugg, Hippo Titan Soldier! Under the benevolent rule of Imperator Zog, the Kabagiffian are a heroic and militaristic race who rebelled against General Gorgax and his Evil Mutant Legion with the help of Galaxxor 001. Given the divine sanction of The Seven Space Gods, The Kabagiffian Army staunchly defends its planet from invasion and also lends assistance to peacekeeping Galaxxors when additional support is required. 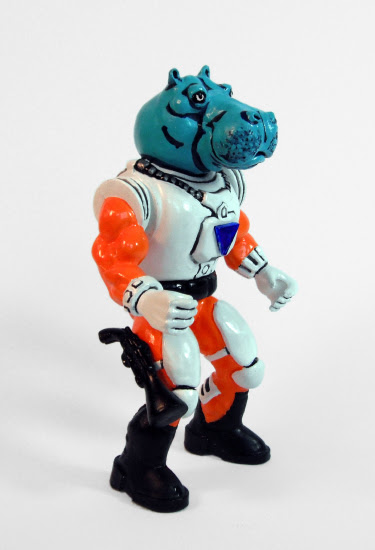 Sgt. Krugg was designed, sculpted and mashed up by Ben Spencer and engineered and produced in resin by ManOrMonster? Studios. He features 3 points of magnetic articulation (waist and shoulders), as well as a blunderbuss accessory, which can be held in his hand or magnetically mounted on his hip or back. Krugg was hand painted by Ben Spencer. This figure is limited to an edition of 5 and will never be released in this colorway ever again. 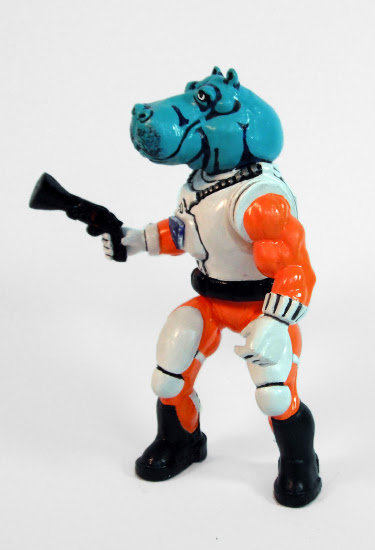 The added element of the magnetic articulation adds a really cool "play" value to The Hippo Titan Soldier, which is an exciting new thing for my toys. It's also worth noting that the magnet system is completely compatible with all ManOrMonster? figures, including the awesome Warlords of Wor line. Magnets! How do they work? 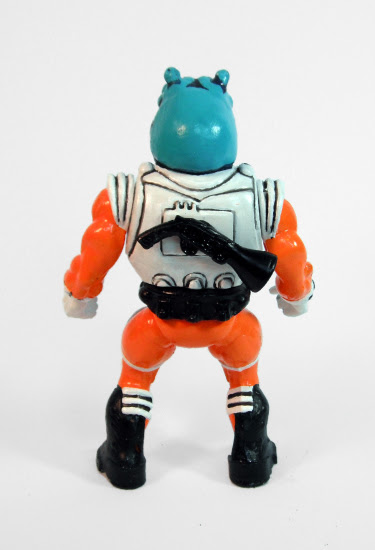 Sgt. Krugg, Hippo Titan Soldier will be limited to an edition of 5 and will be available at noon CDT on 05.24.13 for $85 each, exclusively from The Galaxxor Online Store. 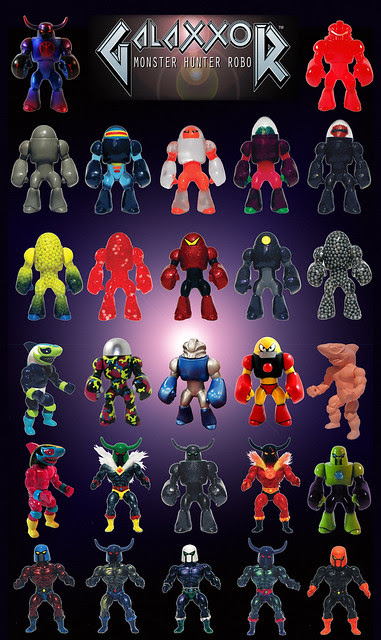 (click on image for poster file!)
...and there's LOTS more on the way! There will be full info on the Sgt. Krugg drop on Monday.
Also, if you're so inclined, fee free to vote for Galaxxor in the "Best Resin" category of The Designer Toy Awards. As we say in Chicago, "Vote early. Vote Often." 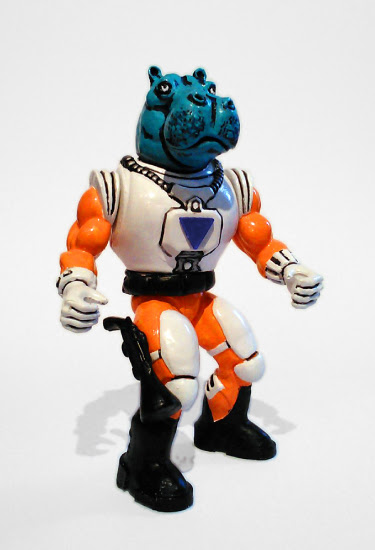 C2E2 was an absolute blast and an overwhelming success. Special thanks to all of my friends who came out to the Nerd City booth to hand out, support my figures, or bring their own awesome work to sell/show off. Speaking of showing off, I unveiled this sweet little WIP prototype of my first Hippo Titan Soldier figure, Sgt. Krugg. Hippo Titan Soldier is a Galaxxorverse project that I'm doing in Conjunction with ManOrMonster? Studios. So, his articulation at his waist and hips will be of the magnetic variety that you've come to know and love from Brandon. The Hippo's blunderbuss accessory will also have a magnet in its stock, so that it can be displayed on his thigh(shown), back, or in his hand. The magnetic joints will also be compatible with all of MOM's other figures. This paintjob is a bit rushed and will be tightened up a pinch, but I figured that it was time to officially share on the blog, since there are already plenty of pics of him floating around the intertubes.
I do hope to get a drop of 5 done in this colorway in the next month, or so.
Stay tuned!!!
Oh yeah! If you need to get your Galaxxorverse fix before this dude drops, head over to the Galaxxor Store to grab the final remaining Gorgax, Devourer of Worlds figure that I did with Skinner.http://www.theartofskinner.com/