The Crisis in The Lazarus Sector Continues- The Scimitar 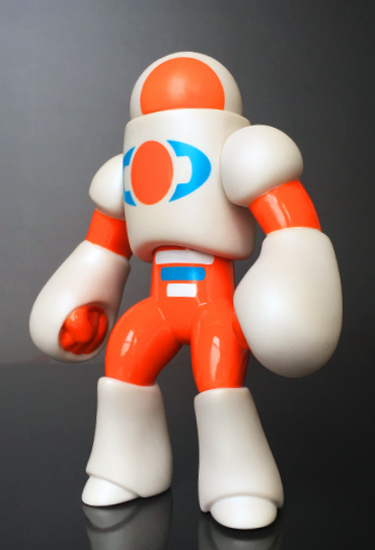 Galaxxor 002 rocketed towards the planet Txoltep. To his right, he saw an ebony behemoth of a ship, tumbling through space, out of control, being torn apart by violent explosions. To his left, he saw the moon-sized pyramidal space fortress known as Cerberus. It rippled with an inter-dimensional unnatural energy that sickened Galaxxor 002's circuits to the core. As he entered Txoltep's arid atmosphere, the interior of his dome began to crackle with cosmic energy. The voices of The Seven Space Gods spoke to him in choral unison...

Galaxxor, we are uploading to you the coordinates of the base known as The Scimitar. It is controlled by the Cyborg Space Barbarian Nebularr and his mutant henchmen. The Scimitar houses the control system for the defenses of Cerberus. You must enter The Scimitar, defeat Nebularr and his followers, and disable Cerberus's defenses. The fate of The Lazarus Sector hangs in the balance!

The expanse of Txoltep spread out below Galaxxor 002. It was a shimmering desert wasteland framed by crystalline mountain ranges. Crackling lightning storms shredded the dark purple of Txoltep's skies. In the distance, Galaxxor 002 saw a great tower, reaching skyward. The bio-mechanical construct of some ancient mad architect, the twisted tower flared towards the top, like a nightmarish curved blade. From its tip, swirling black energies swirled upward into space.
The iridescent white sand of Txoltep exploded in a glittering cloud as Galaxxor 002 landed before the entrance of The Scimitar. Almost immediately, a great door opened, and a horde of mutant warriors walked out. Towering, multi-limbed insectoid monstrosities charged towards Galaxxor 002.
Hearing a great "THUD!", Galaxxor 002 looked back to see that Galaxxor 011 had landed behind him. Nodding to one another in recognition, the two turned toward the monstrosities and prepared for battle... 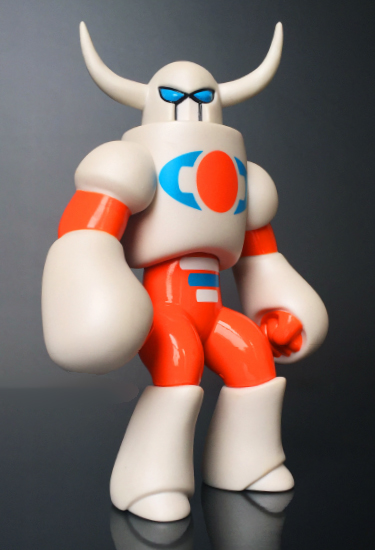 The darkness of the control room of The Scimitar was lit only by the unearthly glow of arcane machines and a central holoscreen. Surrounded by his insectoid henchmen, Nebularr looked on as the holoscreen displayed the Cyborg Space Barbarian Azralok and his cabal of Space Wizards . In the core of Cerberus, they levitated above a rift in the very fabric of reality. Psychic energy burst forth from their eyes as beasts from beyond this plane shuddered in and out of form.
Suddenly, the warning klaxons of The Scimitar sounded.
His fortress was under attack!

I'm extremely excited to announce that my latest production vinyl figure, Galaxxor 002/Nebularr will be available for purchase on 01.25.17 at 8pm Central from galaxxor.com.
As with the other Glyos-compatible Galaxxor vinyl figures, Galaxxor 002/Nebularr will come with both the horned head and the dome head, for both display/character options. They will be $30 each.
Sincerest thanks for your continued support. Without it, Galaxxor wouldn't be what it is. There are some incredibly exciting things in the works. So stay tuned!

And what the hell is going on on Cerberus?!?!?