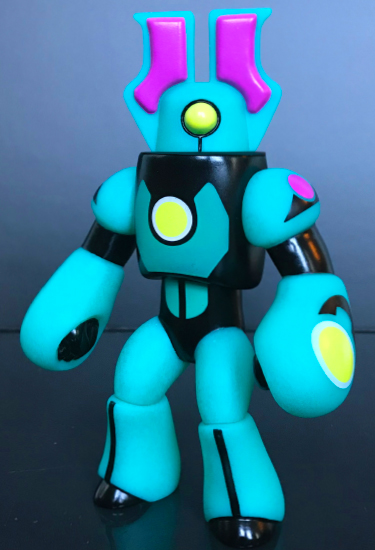 Metallic clangs echoed out as Zartep's boots walked across the obsidian glass-like surface of the planet Duat. How long had he been here?
Had it been centuries?
He truthfully didn't know. He hadn't been aware of the passage of time for as long as he could recall. He was only aware of the swirling, multicolored, bio-mechanical ebb and flow of the dimension he had found himself in. It had changed him. It flowed through him. And it flowed into his legion of Scarabite Automaton Cyborg Space Barbarians.
One hundred rows of one hundred Scarabite warriors stood before him, silent and lifeless, except for the glow of their eyes. Zartep looked up into the undulating chaos of the sky above to a single black slit. He returned his gaze to his legion.
"Today, my children, conquest begins!" 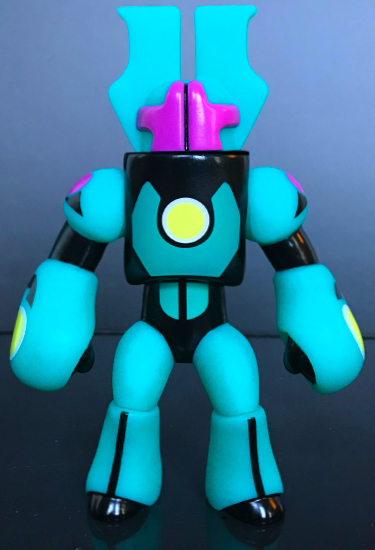 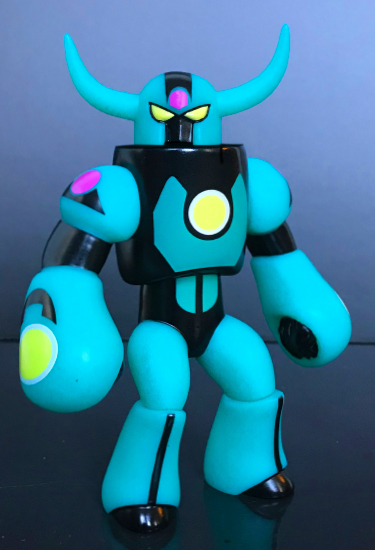 Enter the Space Wizard!
This new, double sided production head is a continuation of "Phase 2" of the Galaxxorverse. Words cannot express how pleased I am with how it came out! My buddy, Jarrod, of Wednesday Toys once again absolutely killed it with the digital sculpting on my new head design and I'm once again honored to add his work to the official production Galaxxor mix.
Zartep the Despoiler will be available for purchase on 01.11.18 at 8pm Central from galaxxor.com. As with the other Glyos-compatible Galaxxor vinyl figures, Zartep/Scarabite Automaton will come with both the Space Wizard and the Cyborg Space Barbarian head, for a total of three  display/character options. They will be $30 each.
As the Galaxxorverse begins to expand further and further into the weirdness, I want to thank each and every one of you for being along for the ride. We've only just begun!