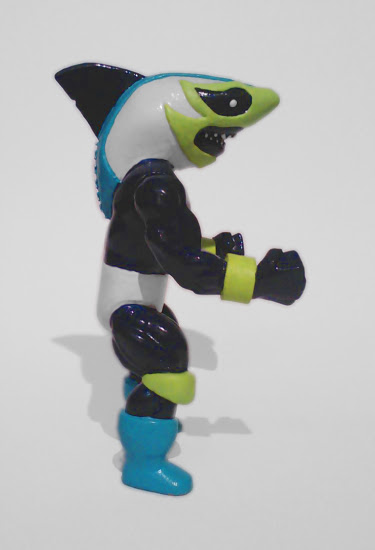 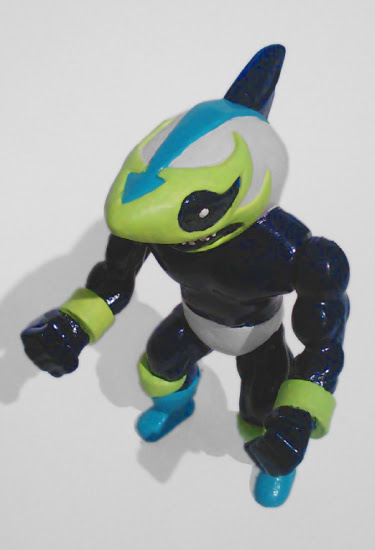 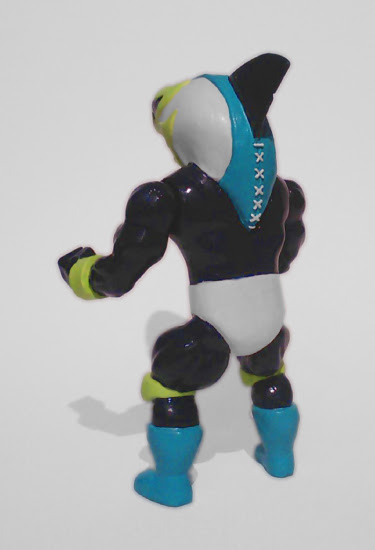 Things are about to kick into overdrive for my latest toy project, The Lucha Sharks! You probably know all about the figures by now, but you might not necessarily know exactly how those beer loving anthropomorphic Luchadors fit into the Galaxxorverse. You could even call Lucha Sharks a "spinnoff". Indeed it is truly the Family Matters to Galaxxor's Perfect Strangers. 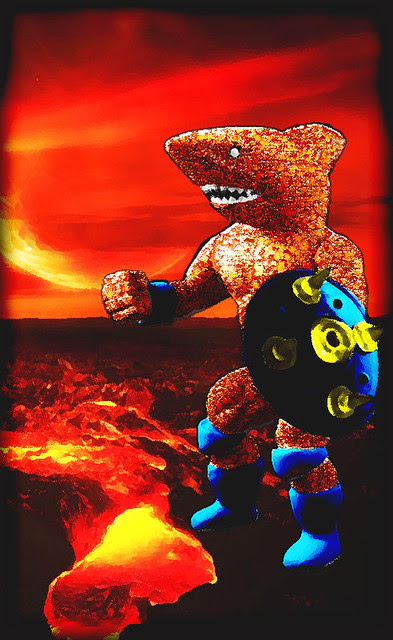 Following General Gorgax's conquering of Xanthos and assembly of his Cyborg Space Barbarian retinue, he amassed The Evil Mutant Legion as his army of intergalactic domination. Of the warriors of The Evil Mutant Legion, none was more fierce and powerful than Tiburonicus, The Bloodthirsty Berzerker Sharkman. Following the conquest of numerous solar systems, Tiburonicus was finally brought to justice by Galaxxor 003 and taken back to his home planet, Hive World X-544.
Universally renowned for their love of gladiatorial combat, the people of X-544 called out for the infamous berzerker to be thrown into the combat pits to fight for their entertainment. Rising to stardom on X-544, Tiburonicus made short work of every opponent he faced, as well as most of the pit staff and a good deal of the fans in the crowd. Following his rapid rise to fame, Tiburonicus was quickly banished to an underground cell laboratory.
Years later, clones of Tiburonicus returned to the gladiatorial pits, this time, they were equipped with Luchatronic helmets. These helmets kept the killer instinct and super strength of the Sharkmen clones intact but replaced the extreme berzerker bloodlust of their gene father with a keen instinct for solving mysteries and an insatiable appetite for hotwings and beer.
Be sure to keep up on all of the latest and greatest Lucha Sharks news at The Official Lucha Sharks Blog!
Posted by Ben at 10:34:00 AM No comments: 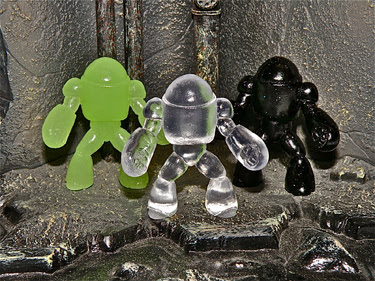 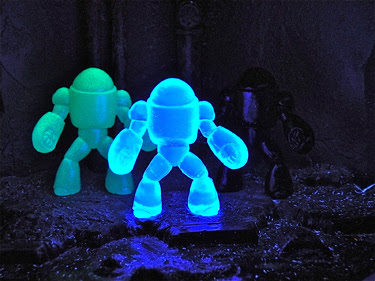 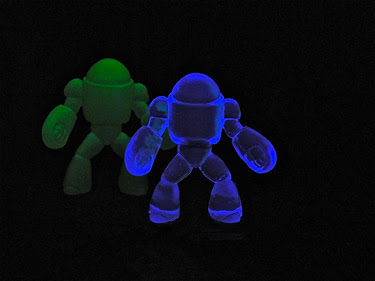 The wait is finally over!
You can finally get your hands on these awesome little 2" Galaxxor mini figures by The Godbeast. Based upon the original Galaxxor design by yours truly, this figure was expertly sculpted in the popular mini figure scale and style by TGB and will be available in a brilliant variety of resin colors and effects.
But here's the best part- these guys are only $20!!!
So get one, get two, get ten! Buy one for everyone on your Holiday gift list! Buy one for me!
To get your hands on your very own Mini Galaxxor or Mini Galaxxors, head over to this thread at the October Toys forums or the TGB blog and hit up Marty!
Posted by Ben at 8:03:00 AM No comments: