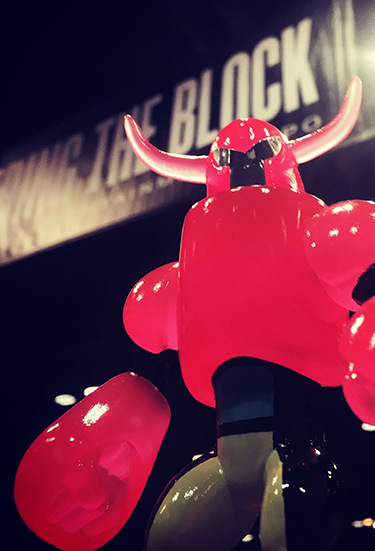 One of the highlights of the year for me is C2E2 (March 18th-20th in Chicago). I always get the opportunity, via my Nerd City project, to bring together some of my favorite artists and friends together into one booth. We'll be at #760 in The Block this year, and our booth is set to be packed with an awesome array of exclusives. I'm going to be bringing four offerings this year. Each one is a collaboration with a friend of mine from the independent toy scene.
Man-Uzi by Galaxxor x ManOrMonster? Studios 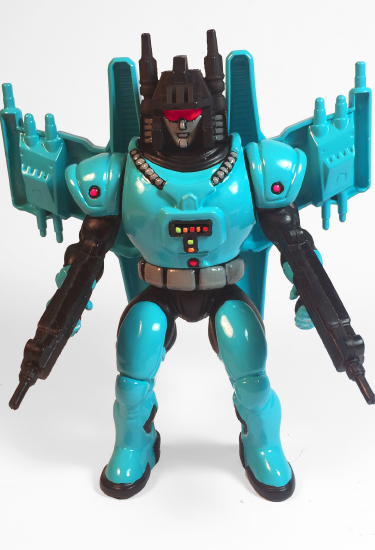 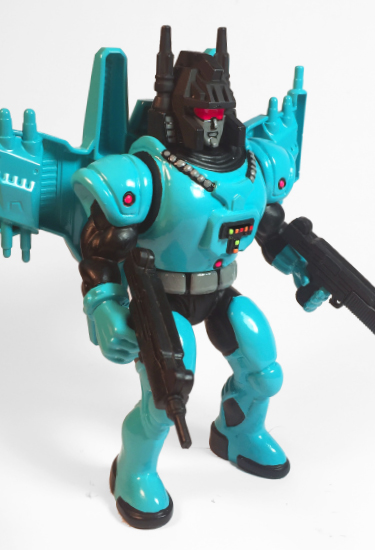 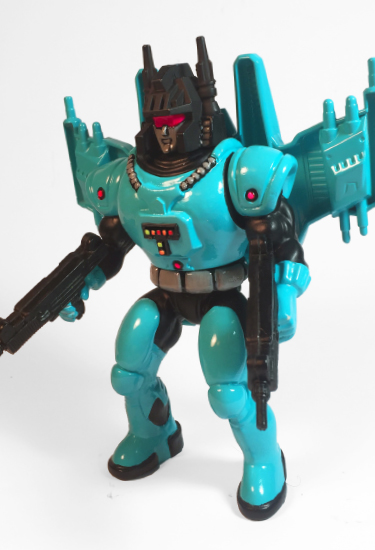 My buddy, Brandon of ManOrMonster? Studios, will be a guest at Nerd City's booth once again this year. and in addition to his own offerings, Brandon and I have collaborated on Man-Uzi, The Living Uzi! Man-Uzi is a 5.5" resin figure that consists of both sculpting and mashed up bits from various action figures. He features ManOrMonster?'s iconic magnetic articulation at the head, arms and waist and was hand painted by yours truly. And uzis. Two uzis!
Man-Uzi will be an edition of 3 and $80 each at Nerd City's booth #760 in the Block. 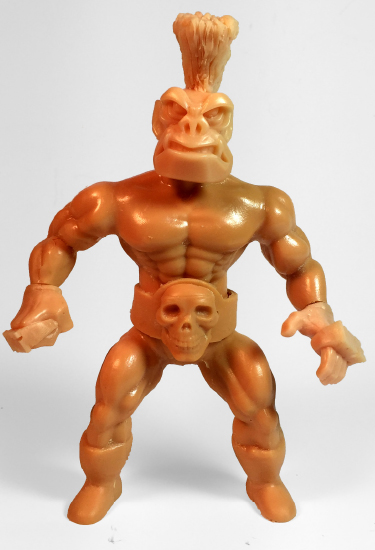 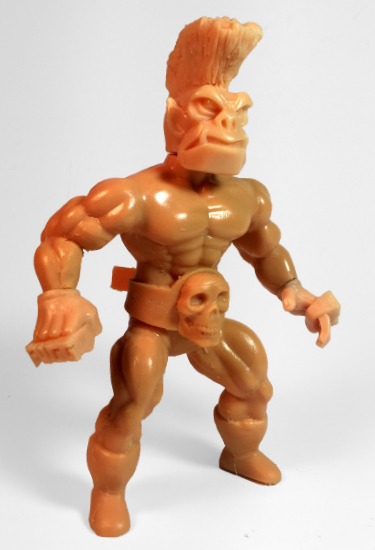 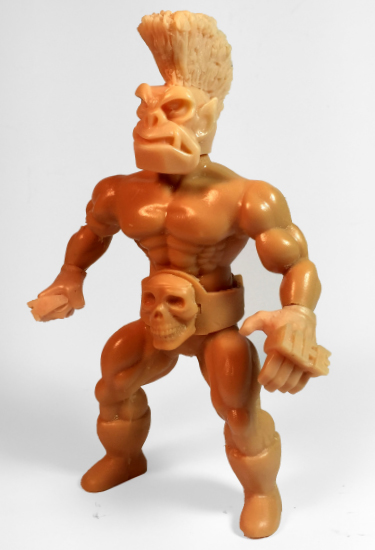 Ever since we collaborated on the original Fugg the Slayer, my man Lee from BigManToys, and I have wanted to do a solid "flesh" colored version.The polyurethane rubber body that this crazy Orc sports was just asking for a classic M.U.S.C.L.E.treatment! The Fugg the Slayer "Flesh to Death" edition was cast in polyurethane rubber (body/belt) and resin (hands/head). He even sports neck articulation!
Fugg the Slayer "Flesh to Death" Edition will be an edition of 3 and $60 each at Nerd City's booth #760 in the Block.
"FUGG LIFE!" 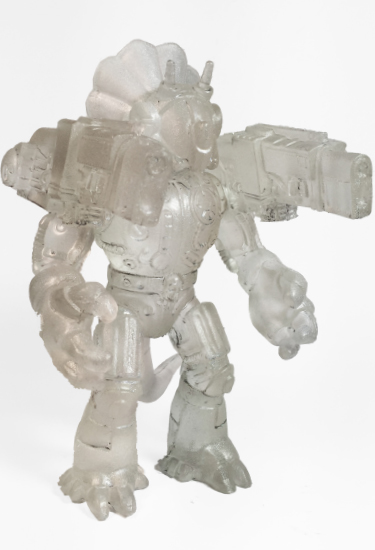 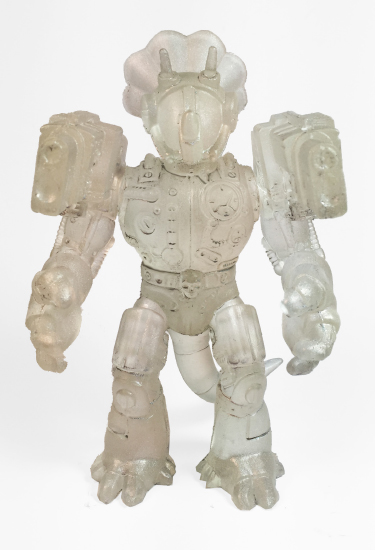 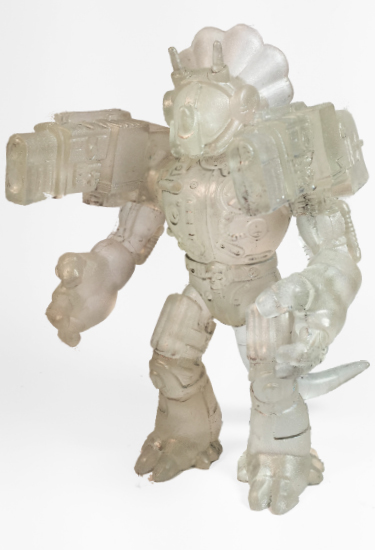 Collaborating with my friend Luke from Goodleg Toys on our Lazer-Saurs Tricera-Tank figure was certainly one of my favorite projects of the last year or so. For C2E2, I decided to put a crazy spin on the figure in the form of the Phaze Trooper. The Tricera-Tank Phaze Trooper is a 5.5" resin figure that was cast in clear resin by Goodleg Toys. He sports a light spray of color changing holographic glitter and articulation at the arms and tail. Because you HAVE to have tail articulation!
Tricera-Tank Phaze Trooper will be an edition of 3 and $80 each at Nerd City's booth #760 in the Block. 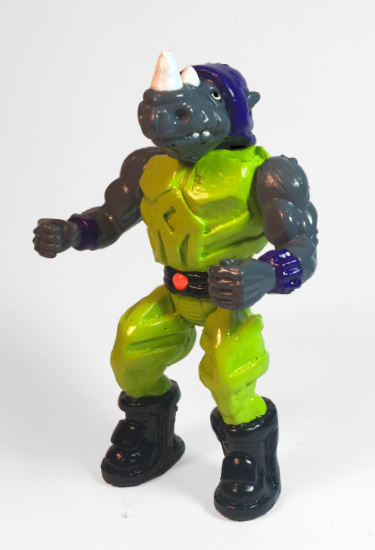 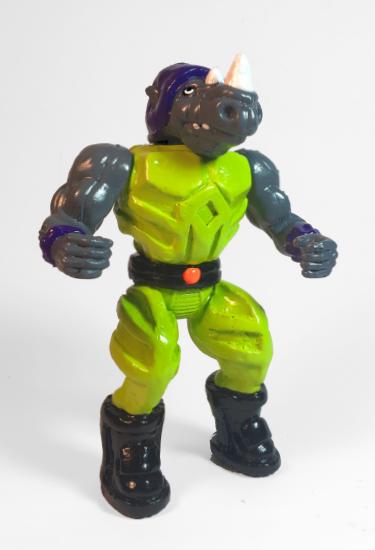 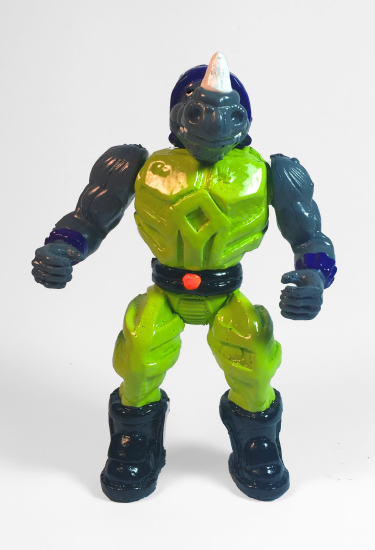 Over the years, I've seen my friend Dwaine, from 5.5 Customs develop from someone who collected my work to a creative powerhouse in his own right. A while ago, Dwaine sculpted and mashed up a new figure and asked me if I'd like to handle the painting duties on it. Unfortunately, I suffered a hand injury last year, and things got delayed. But, for C2E2 2016, Rudeboy, Anthropomorphic Rhinoceros Henchman is finally seeing the light of day! Rudeboy is a 5.5" resin figure sculpted and produced in resin by 5.5 Customs and sporting a paintjob by yours truly.
Rudeboy will be an edition of 5 and $60 each at Nerd City's booth #760 in the Block.

If you're going to be at C2E2, be sure to stop by the Nerd City booth to check out my stuff and all of the other cool work by the other guests. I'd love to chat Galaxxor with you!
I will also have on hand the Mold Masters for the production vinyl Galaxxors. They should start popping up very, very soon...