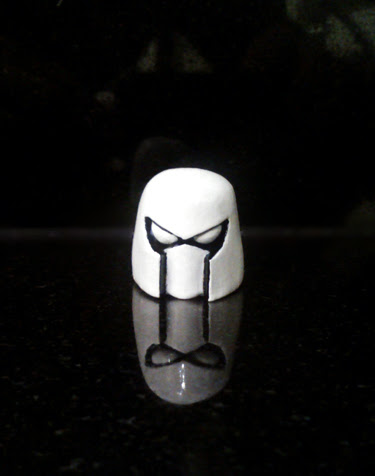 Here are some pics of the pretty much finalized sculpt of what I am affectionately calling the "Cyborg Space Barbarian" helmet. This is a design that's been knocking around in my head for a while now and is finally seeing the light of day. Scale-wise, it fits on the body of a vintage MOTU-style figure. 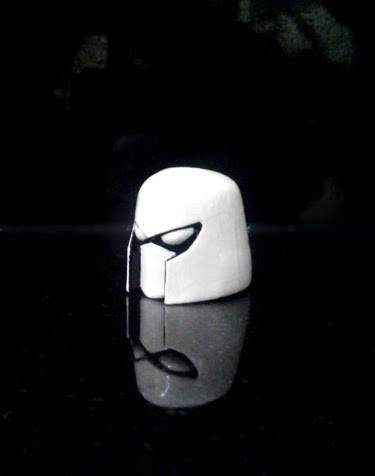 The question that I'm trying to sort out right now is that of what to do with it. I certainly want to have TGB cast some copies of this guy up in resin. From there, however, I have a couple of different options. Originally, I had the idea that I would track down some beat up and disused MOTU-style bodies from flea markets and second hand stores, swap out this head and give them a funky paint job and a good dose of TLC. Can I do that? Is that legal?
Another option would be to take about .25" off of the bottom of the helmet and use it as a new head for a Galaxxor? Would that interest people?
another option would be to do both, which is probably the most likely scenario. I'm curious to hear what other people think. 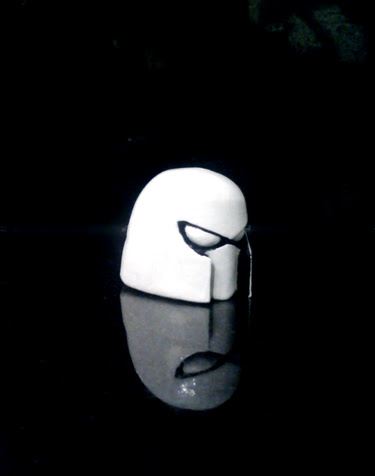 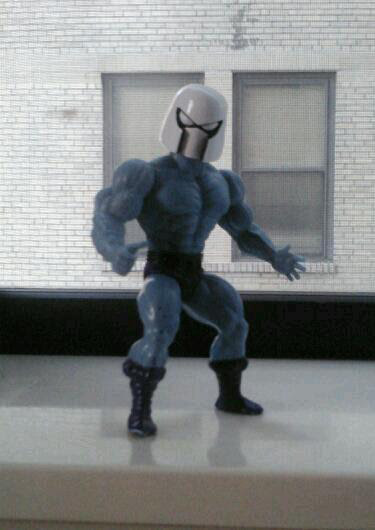 Oh yeah, as the year draws to a close, I'd like to thank everyone for their continued support in 2011. I hope that you all have a safe and happy holliday season and that your 2012 is filled with Cyborg Space Barbarians, Techno-Organic Alien Mechas and Monster Hunter Robos!
Posted by Ben at 7:16:00 AM No comments: 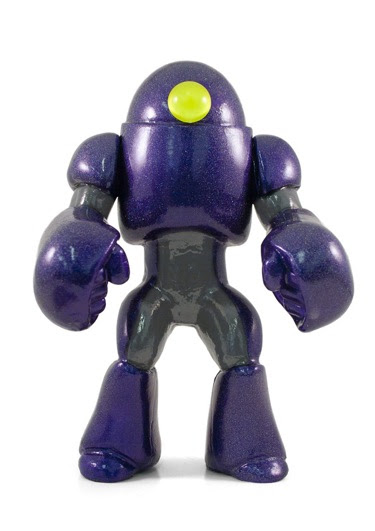 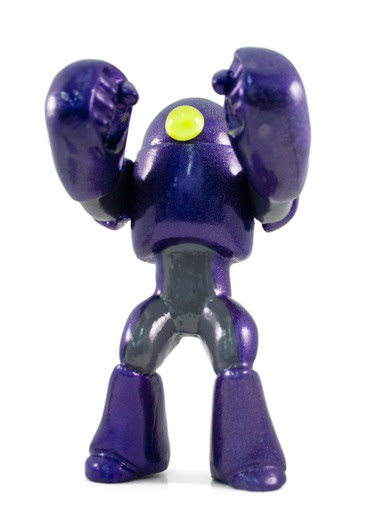 From the the top of his tower on the mechanized planet, Cybertros, comes the eighth Galaxxor: Monster Hunter Robo, Galaxxor 008! This classic 5.5" action figure-style resin art toy was sculpted by Ben Spencer, hand cast in resin by The Godbeast and painted with Monster Kolor "Grape Ape" and rainbow holographic color change glitter by Ben Spencer. Galaxxor 008 features 2 points of articulation and comes packed in a traditional bag and header style with exclusive header card art by Steve Seeley. This figure is limited to an edition of 5 and will never be produced in this colorway ever again. 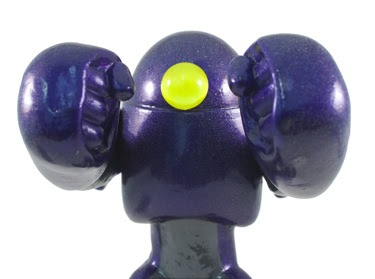 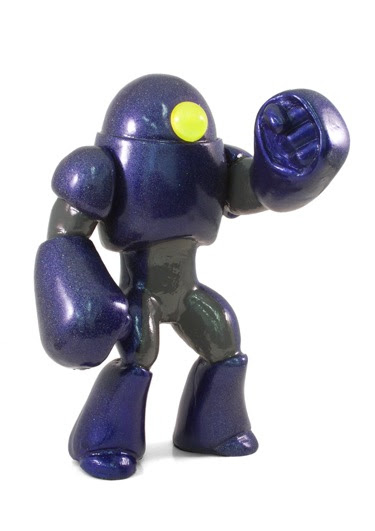 Special thanks to the gang at Shawnimals for their help with these awesome photos!
Posted by Ben at 3:26:00 AM No comments: