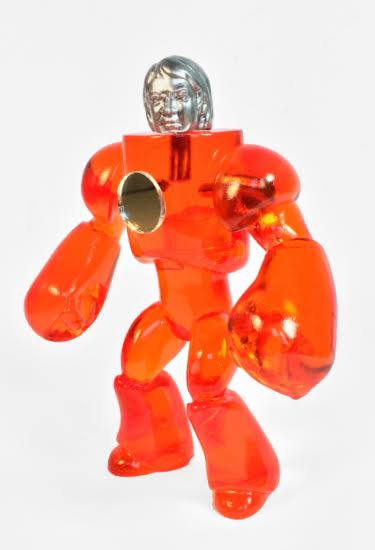 First of all, apologies for the long time of blog silence. A lot has been going on behind the scenes, and the world of Galaxxor is about to get much, much bigger in the very near future!
Which brings me to Designer Con! Nerd City will be out in force on November 21st and 22nd at the Pasadena Convention Center in Pasadena, CA. I'll be there with an abundance of Galaxxor goodies, along with Battle Babies, ManOrMonster? Studios and possibly Frenzy Bros. in Nerd City's booth #1003.
Designer Con will, for Galaxxor, be both the end of an era and the beginning of a new era. The resin Galaxxor pieces from myself and The Godbeast will probably be the last you will see for quite some time. So, I really wanted to pull out all of the stops with my con offerings. And first up is SPACE GOD CHRONOTAR!
Featuring a traditional Galaxxor buck, beautifully cast in translucent orange resin by the mighty Godbeast, and a head cast in resin by the incomparable ManOrMonster? Studios, Chronodar is a continuation of the pantheon of the Seven Space Gods of the Galaxxorverse. He's also a "tip of the hat" to the iconic Micronauts Time Travelers figures. 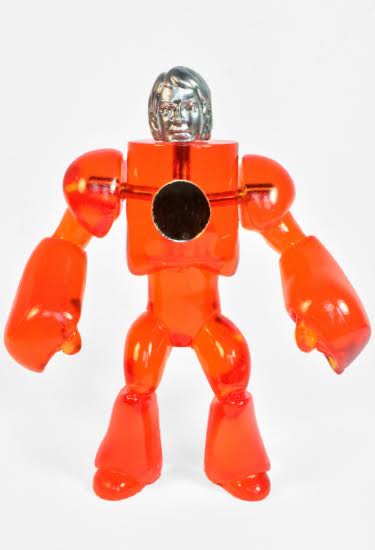 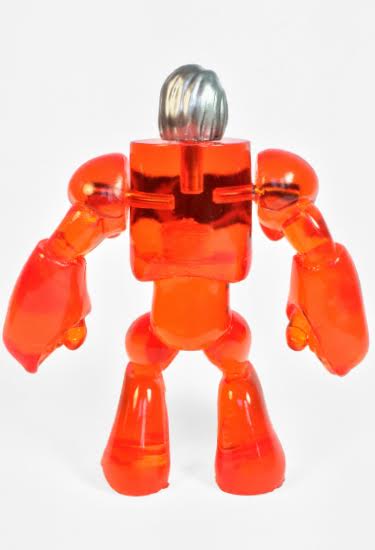 The Seven Space Gods, the overseers of The Galaxxorverse, use their cosmic powers to maintain order in the reality that is most commonly known as "The Alpha". It is they who direct the Galaxxors to travel from world to world, protecting humanity from the monstrous clutches of chaos and evil. Among the Seven, Chronodar is uniquely powered, via his Infinity Mirror, with the ability to briefly travel forward and backward within the timestream of The Alpha. He manipulates it so that humanity and order may persevere.
Endings become beginnings.
Beginnings become endings.
The Alpha is a complex web of reality, and its temporal nature is only truly known by Space God Chronodar. 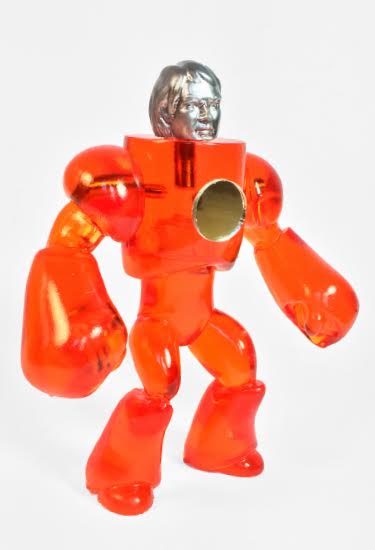 Space God Chronodar is a 5.5" resin art figure that features 3 points of articulation (arms and head). The body was hand cast in resin by The Godbeast and the head was hand cast in resin by ManOrMonster? Studios. The original sculpt and painting duties were handled by Ben Spencer.
Chronodar comes in a bag and header packaging, is limited to an edition of 5, and will be $90, each. The figure will be exclusively available at Nerd City's booth #1003 at Designer Con, November 21st and 22nd.
Stay tuned for more exclusives, and some truly reality-shattering announcements coming up in the next few weeks. See you at Designer Con!