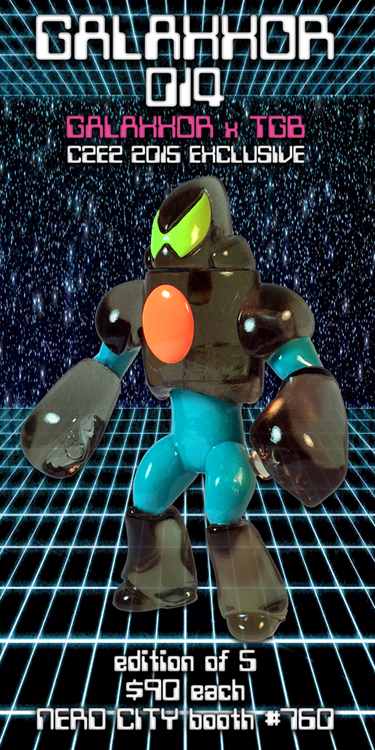 When General Gorgax unlocked the cosmic powers of the Omega Matrix, Infiniton of the Seven Space Gods tasked Galaxxor 014 to take an elite team of Hippo Titan Soldier Deep Warp Gunners to the digital city C2-E215 to battle Gorgax and his Cyborg Space Barbarian minions. The fate of the Galaxxorverse hangs in the balance of this epic conflict! 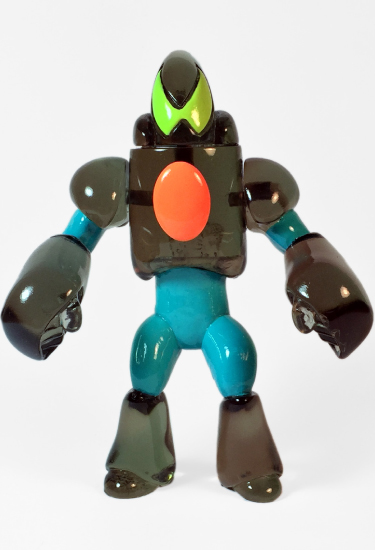 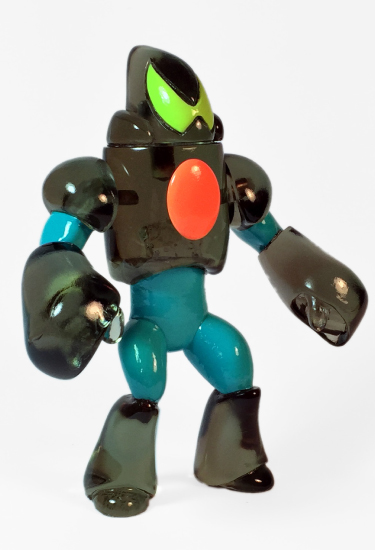 The head of Galaxxor 014 is a new addition to our library of bits and its design goes back to a weekend I spent hanging out and sculpting at True Cast Studio a couple of years ago. Being a 40K fan, I always loved the look of the Eldar, and wanted to create something that called back to their iconic pointy helms, but that would also blend into the more bulky proportions of the Galaxxor buck. Somewhere along the way, a little bit of my love of late 80's/early 90's McFarlane art crept in there, as well. Marty "The Godbeast" Hansen and the boys at True Cast Studio really knocked it out of the proverbial park with the color of the translucent smoke resin base. In low light, it comes off as a super glossy dark gray, but in high light, it appears to be almost clear. I've always dug clear toys. There's something so cool to me about being able to see their inner workings through the material. I feel like Galaxxor 014 has a bit of that magic. 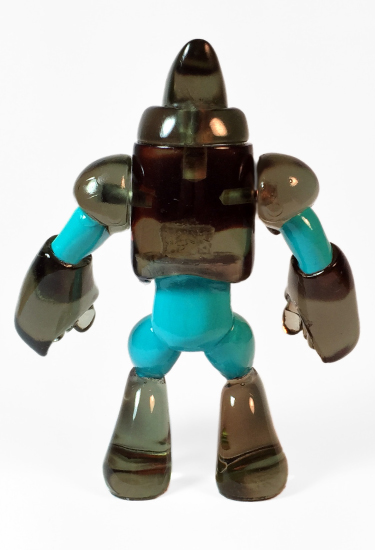 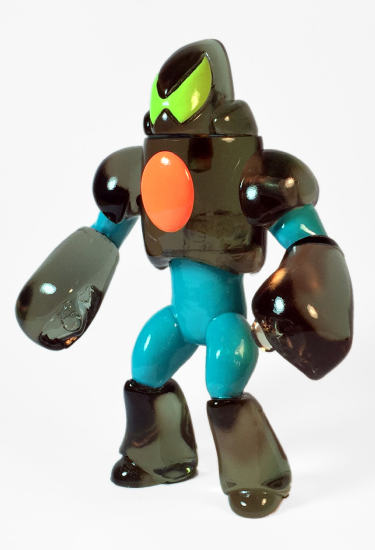 Galaxxor 014 is a 5.5" art toy that was designed and sculpted by Ben Spencer and engineered and produced in translucent smoke resin by The Godbeast and True Cast Studio. Galaxxor 014 was hand painted by Ben Spencer. He features 3 points of articulation at the arms and head.
Limited to an edition of 5, Galaxxxor 014 will be $90 each and will exclusively be available at Nerd City's booth #760 at C2E2.