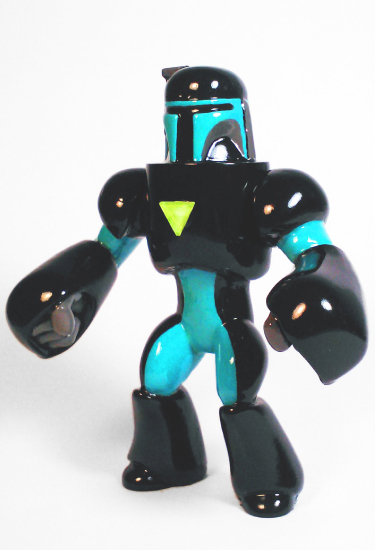 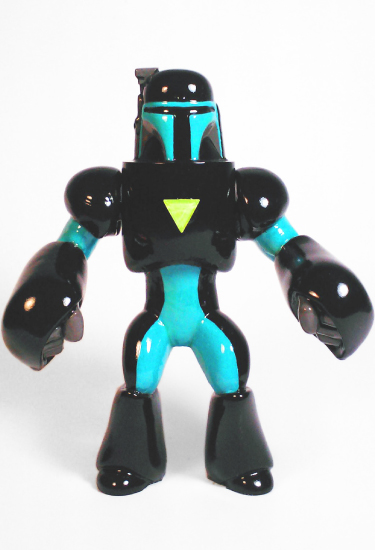 For the most part, I agree. But I had this sweet Boba Fett Pez dispenser and a spare Galaxxor body sitting around, and I was just like, "Eh, screw it. I'm making this thing."
No one knows the true identity of of the bounty hunter known simply as "Cipher". He seems to pop up everywhere in the Galaxxorverse, coming to the aid of The Lucha Sharks, assisting General Gorgax's Cyborg Space Barbarians in a battle against the Hippo Titan Soldiers of the planet Kabagiff, and going toe-to-toe with Galaxxor 005 at the beginning of The Xenotron Invasion. Some claim that Cipher is a lone Space Knight survivor of The Xanthic Void War, weaving his way through the Galaxxorverse and trying to return to the homeworld of The Seven Space Gods. Others claim that he is one of Gorgax's most elite operatives, making surgical strikes to weaken the defenses of humanity in his quest for domination. Yet others would argue that he is simply a blood thirsty cutthroat, willing to fight under any banner for the right price. The only thing that is for certain, is that when you lift a character pretty much straight out of Warhammer 40K lore, it seems much less obvious if he's wearing a Mandalorian helmet. 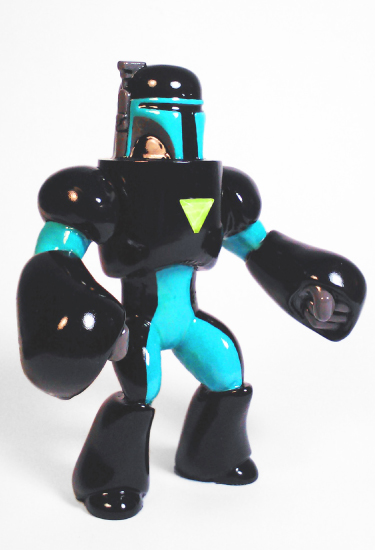 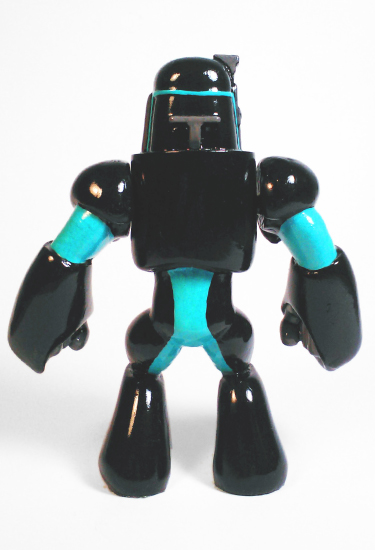 Years ago, before I was doing this Galaxxor stuff, I met a dude who was making resin figures with Mandalorian helmets. I recall telling him something to the effect of, "I think I'm going to try to make some figures like you do, but in a He-Man scale." He couldn't have been more supportive of the idea. So, I guess Cipher is also very much a tip of the hat to that dude.
Cipher is a 5.5" resin art toy that features 2 points of articulation (shoulders). The body was sculpted/designed by Ben Spencer and was extensively refined by Marty "The Godbeast" Hansen and Josh Edwards of True Cast Studio, and the head is from an old Pez dispenser. Cipher was hand painted by Ben Spencer and comes in traditional bag and header packaging.  This is 1/1 figure will be be available on 10.03.14 at noon CST from The Galaxxor Online Store for $85.